John 4:23
23 But the hour is coming, and is now here, when the true worshipers will worship the Father in spirit and truth, for the Father is seeking such people to worship him.
New Year’s Eve is an interesting day, at least to me. Nearly everything is focused on what will happen tonight! The parties, the food, the games, the fireworks…it’s like the whole day is acting as if that coming midnight hour is the focal point!
Oh, there are exceptions to be sure. Some have to work today, especially all those people who work in retail. Some of us are just going about the day as if it was any other day…no special plans, no big deal. Some of us will be in bed way before the clock strikes midnight anyway (yawn “just another day, and I don’t like fireworks anyway”! Yep, you know who you are!)
And some of us, at least those of us who do not see ourselves as “fairy-tale Christians”, but rather believe strongly in the One True God and His Word, and make our stand boldly…well, we look forward to a new year where we will continue to worship the Lord in spirit and in truth, continue to meet together every chance we get, and serve Him!
In any event, tonight at midnight we welcome a new year, even a new decade! We will celebrate that new day, that marks a new year of the 2020’s! Let’s recognize it as the Year of Our Lord! GracePointers… let’s shine bright, let’s be bold, let’s grow in every facet of our Spiritual lives and make this new year something special!
Yes, it’s almost midnight. If you plan to watch or light fireworks of your own, as you watch the night sky light up with the colorful little explosions, think about the coming “new day” when the Lord Jesus will Himself breach the Eastern sky and with a SHOUT of triumph take us home!! It’s going to be awesome!
Be safe tonight, and I pray for wonderfully blessed New Year!
In HIS amazing Grace,
Pastor Ben

Luke 2: 8-10
“And there were shepherds living out in the fields nearby, keeping watch over their flocks at night. An angel of the Lord appeared to them, and the glory of the Lord shone around them, and they were terrified. But the angel said to them, “Do not be afraid. I bring you good news that will cause great joy for all the people.”
Don’t you just love the story of the shepherds in the Christmas story? There they were, one of the lowest class of people in their society, living in squalid shacks out in the countryside. They have noisy bleating sheep that smell bad, and because sheep aren’t really very bright, they need constant care. So, the shepherds stay far away from the city. They are themselves probably unwashed and disheveled and just hanging out for a long night trying to get some rest.
But God had another plan. An angel appears first by himself to make an announcement that would change the course of the world and then is joined by a multitude of other angels making a heavenly ruckus shattering their silent night. Isn’t it something that when God chose to make history’s most important announcement, the heralding of His Son’s birth…He didn’t send the angels to Herod’s palace, or to the Chief Priests, or the Sadducees, or the Pharisees, or the Levites…He didn’t give it to some person of high repute or someone special…He gave it to the lowliest of the low… societal second class… the shepherds.
This Christmas, think about this: It doesn’t matter what kind of reputation you have, either good or bad; it doesn’t matter whether you have a lot of money or none; it doesn’t matter if you are, or think you are, on the bottom of the pecking order; or what kind of clothes you wear, or car you drive, or house you live in. No, it really doesn’t matter. The shepherd’s Christmas story speaks to all of us and says: If God can make the announcement of all announcements to the lowly shepherds abiding in the field with their flocks by night…don’t you think that His message can come to you? Because it does. Right here. Right now. God loves you so much that He sent His only begotten Son…for you.
Yep, consider those shepherds!!
Merry Christmas!!
Pastor Ben

It’s the Most Wonderful Time of the Year

Luke 2: 10-12
“ 10 And the angel said to them, “Fear not, for behold, I bring you good news of great joy that will be for all the people. 11 For unto you is born this day in the city of David a Savior, who is Christ the Lord. 12 And this will be a sign for you: you will find a baby wrapped in swaddling cloths and lying in a manger.”
Indulge me for a moment… Put down your phone, turn off the news, get off of Face book, just turn off the screens. Ok? Good…
Now, think for just a moment all the wonder and joy of the Christmas season. Not the junk you hear from the news or the “whatever” online…. just the simple wonder and joy of Christmas.
Now, think about what it would be like if Jesus was never a part of it. If the personified love of God did not come down, the virgin-born Son of God did not miraculously arrive that first Christmas night. Not a pre/y picture is it? This world would be in such turmoil. Sin would be unchecked… even much more rampant than it is even now. And at this 2me of year that is approaching there would be no Christmas trees, no ornaments, no presents beau2fully wrapped. We would not have a church to go to or be able to call one another brothers and sisters. We would have nothing to look forward to a4er we die. We would not even have the somewhat widely accepted ‘golden rule.’
I shudder to think about it! I actually have a hard 2me even imagining what it would be like. But Hallelujah! You know what? He did come! He did dwell and live among us! He did take all of our sins to the cross and then, just to put icing on the cake, He rose from the dead and gave us life, everlas2ng life, and light and love and a host of other “good things”! His Word! His Spirit! His grace and mercy! Aren’t you glad Jesus was born?! Ok, now, before you go back to what you were doing… conjure up your best Linus voice (from A Charlie Brown Christmas) and read the Scripture again: “ For unto you is born this day in the city of David a Savior, who is Christ the Lord!”
Yes, it definitely IS the most wonderful time of the year!
In HIS Love,
Pastor Ben 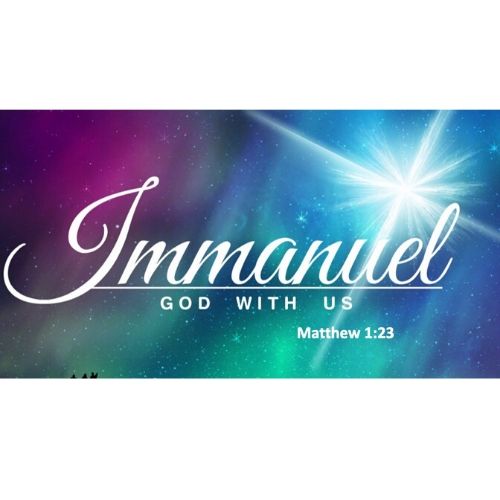 Immanuel: God with Us

[sermon latest_series]
In this episode, Pastor Ben starts a series of Christmas sermons.  Today, he goes to the Book of Matthew for Immanuel: God with Us
Listen on the GracePoint Church Podcast here:
https://podcasts.apple.com/us/podcast/gracepoint-church/id1462877494#episodeGuid=01860a7a-95c8-8e84-9c6f-ade03c507d35
Or watch on YouTube:
[embedyt] https://www.youtube.com/watch?v=kbvq5CeDlrg[/embedyt]

All By His Grace

Isaiah 35:8a – “And a highway shall be there, and it shall be called the Way of Holiness…”
In a short story in his book entitled, “The Way of The Wolf”, Martin Bell writes of “God’s Rag Tag Army”.
Where God is the “General” leading this Army down the highway of life to an irregular drum beat. He says that:
“I THINK God must be very old and very tired. Maybe he used to look splendid and fine in his general’s uniform, but no more. He’s been on the march a long time, you know. And look at his rag-tag little army! Listen! The drum beat isn’t even regular. Everyone is out of step. And there! You see? God keeps stopping along the way to pick up one of his tinier sol- diers who decided to wander off and play with a frog, or run in a field, or whose foot got tangled in the underbrush. He’ll never get anywhere that way. And yet, the march goes on.”
He describes the different “groups” in the Army, including one that marches holding hands; but the first “soldier” ends up holding the hand of the last “soldier” so they end up marching around in circles! And, of course, God has to stop and help them out. Then there is the who marches with their shoes in their hands and, you guessed it, God has to stop again and “help” them.
Bell near the end of the story writes the following: “If God were more sensible, he’d take his little army and shape them up. Why, whoever heard of a soldier stopping to romp in a field? It’s ridiculous. But even more absurd is a general who will stop the march of eternity to go and bring him back. But that’s God for you.”
Oh I know God isn’t “old” nor “tired” but the “rag tag army” is sadly a good description! Our life “highway” is long and winding, and littered with pitfalls and dangers, distractions, depressions, and disappointments etc. BUT we have a Father (a General) who will “stop the march of eter- nity” to find us, care for us, and restore us… ALL BY HIS GRACE!
Psalm 16:11 – “You make known to me the path of life; in your presence there is fullness of joy; at your right hand are pleasures forevermore.”
Psalm 119:105 – “Your word is a lamp to my feet and a light to my path.” March On o “Rag Tag Army”!
In His love,
Pastor Ben